News > The Best Advice to Give Your Loved Ones to Survive a Fire in a High Rise Building:

The Best Advice to Give Your Loved Ones to Survive a Fire in a High Rise Building: 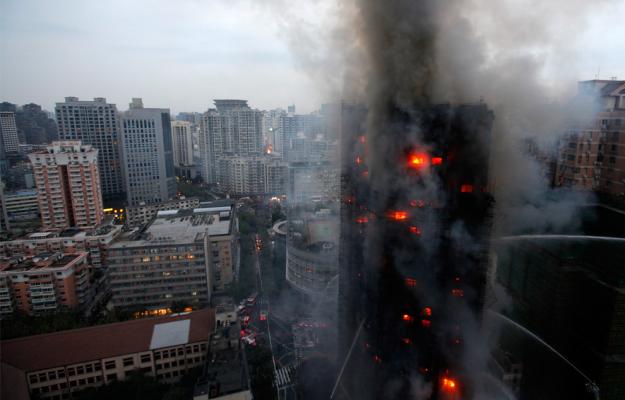 There are 15,400 high rise fires each year in the US according to NFPA. What anyone who lives or works in a high rise must know is that the most important thing to do during a fire is to get out as soon as possible. Especially in a High Rise because of the longer egress times. That may seem obvious, but did you know that less than 50% of the survivors surveyed after the Sept. 11th attacks on the WTC reported that they evacuated immediately?

For more information on the behavior of the survivors during their evacuation of the World Trade Center Towers, read the report by Guylene Proulx. In this report she mentions the use of photoluminescent markings which proved helpful in the evacuation:

"Four survivors reported seeing photoluminescent stripes on the stairs, railings and stairwell doors – an improvement the Port Authority made following the 1993 bombing. As one survivor stated, “All you had to do was follow those yellow-green stripes. They were wonderful. The stripes were especially valuable when the emergency stairs stopped and people had to travel horizontally through mechanical equipment spaces that had many doors” (Masetti, 2001)."

Whether it’s a traditional low rise building or a skyscraper, whether occupant leave immediately or wait, it is imperative that they be able to see their way out. Jalite photoluminescent egress signs will light the way out for any building. Contact us to find a distributor near you.